← back to
Nonostar Records
Get fresh music recommendations delivered to your inbox every Friday.
We've updated our Terms of Use. You can review the changes here. 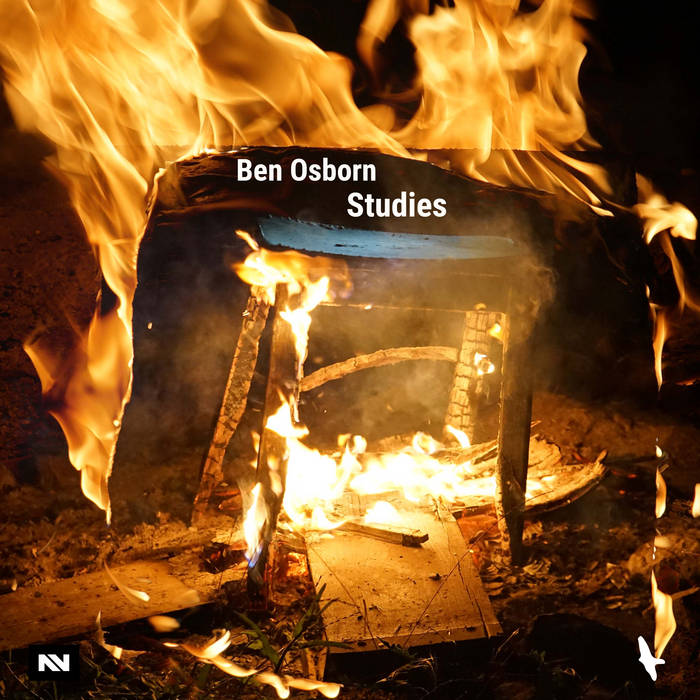 a multitude of everything

Studies comprises three songs and two instrumental tracks, and exhibits that rare appeal in songwriting - to build something genuinely profound and original constructed from everyday words and familiar chords. Throughout the EP, Ben draws on a pool of images that consistently side-step cliché to create politically charged music that leaves a lasting imprint on the listener.

With songs written in briefly snatched moments of calm in an uncertain and often overwhelming time, Ben has the distinct feeling that “the songs feel unfinished, but writing within limits can be productive, as though I’ve been carrying around a huge sketchbook during the process.” It’s a stark contrast from the development of his debut album Letters From The Border (2019), which he wrote and recorded during an intensive two month stay at the Nonostar studio. He handled the first stages of composition and production alone, but collaborated with violinist and producer Alex Stolze for the latter half of the project. The resulting collection charts a compelling journey between contemporary classical, folk and chamber pop forms, all connected by Ben’s yearning poetry. Over the scattered beats and sweeping strings of ‘The Fire’, Ben sings: “there’s a disease on my street now / there is a war in my head / a gap in the sky for the rain or the light to get through / and a fire in my bed”. Stolze’s string arrangement conjures an incredible upward force as the song reaches its climax, and his contribution feels all the more striking in a collection that feels consciously raw, with Ben’s rich voice and wistful piano generally in the foreground. He also invited Bristol-based songwriter Bethany M. Roberts to collaborate on the record; her multilayered vocals and ghostly banjo can be heard on ‘The Secret’ (out 18th of March), a folk noir gem with an irresistibly catchy hook. Equally inspired by Semisonic’s ‘Closing Time’ and the subversively magnetic songwriter Adrienne Lenker, the lyrics speak to a highly charged symbolism open to interpretation. It tells the story of a birth in abstract poetic language, but it’s easy to find personal meaning in its comforting shift from a minor verse to the relative major and to sing along to the memorable chorus. Ben shares that “folk and pop are at the heart of this project, but it’s not folk pop. I don’t want to pretend to be a pop star, that’s not interesting to me, but I really love pop. I’m trying to learn something from pop - I’m listening to Taylor Swift and Frank Ocean - but I’m not trying to write a floor-filler.”

Most of the EP was recorded at Nonostar’s rural studio on the East German border, but opening track ‘Jane Today’ was written and captured at Berlin’s Donau115 when the bar was closed during the pandemic. With his customary soft piano backed by the shimmering hum of Volca synth, there’s a sense of the empty venue’s natural ambience on the final cut, adding to the feeling of total immersion in the sonic landscape. Ben explains that each instrumental is intended to be “a kind of meditative or thoughtful space after the song - an invitation to have your own thoughts after hearing the words”. The second instrumental ‘Between’ is a candid, intimate recording, complete with sounds from the Nonostar studio’s fireplace and the piano’s wooden creaks, bringing the listener into the space to share Ben’s contemplative, slightly melancholy mood.

Elsewhere, there are traces of David Byrne, Joni Mitchell and Radiohead, particularly in Ben’s eminently self-aware presentation. The Studies EP is accompanied by videos in which Ben plays a lecturer, embodying a sense of objective authority that feels deliberately antithetical to his thoughtful songwriter persona. Crafted with Nonostar regulars Andrea Huyoff and Jennifer Schild, this dual-character story helped to shape the conceptual development of the EP, as Ben referred back to the videos for thematic relevance and decisions throughout the process of creating and collecting the tracks. In contrast to the uncomfortable certainty of the lecturer, Ben embeds a constant questioning of life’s unknowable mysteries into his music: “I love songs that have an ambiguity between personal and political metaphors. Music is a space to have your grief about the world, a necessary process for finding your hope - all these songs are about going through that - a held hand between the two facets of that. I’ve been letting go of authorship control and learning to talk in the plural, especially ‘The Secret’. I’ve been learning how to write beyond ‘me’ personally, but trying not to assume anyone else’s experience.” He strikes that powerful tension of micro and macro perspectives in the minimalist questions of ‘Are We The Flood?’. There’s no chorus, no resolution, but instead he repeats the same idea three times like a flood of water coming up the beach. ”I woke up in the middle of the night, in the pandemic, and found I could just suddenly write again, after a long block, and I wrote all night, asking the same question over and over again”. Influenced by Giuliana Kiersz’s poem ‘Antes que suban las mares’ (‘Before the seas rise’), it’s a poignantly personal response to the many disasters facing humanity in the current era, leaving room for the possibility of hope.

Bandcamp Daily  your guide to the world of Bandcamp

Semiratruth joins the show to discuss their latest release, "loading..".